The survey was also conducted on a state level where over 2200 votes were received from Madhya Pradesh. 55% citizens of Madhya Pradesh who participated in the survey admitted to paying a bribe to get their work done, out of which 22% gave bribes several times (directly or indirectly) while 33% paid bribes once or twice (directly or indirectly). 12% said they got work done without paying a bribe and 33% did not have a need. 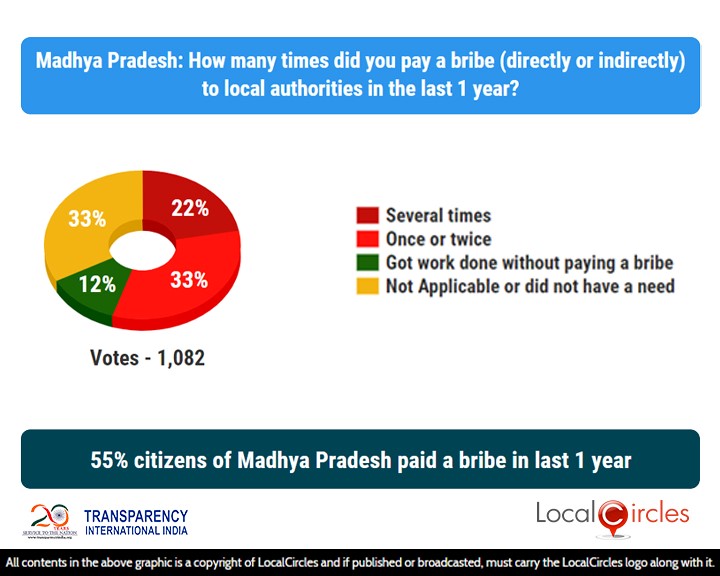 This number stood at 50% last year, showing a rise in cases of corruption in the state in the last 12 months. 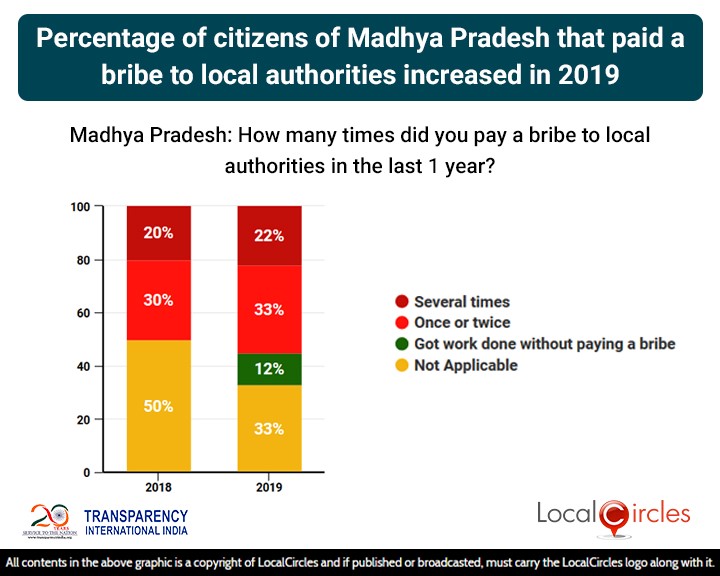 In terms of authority to which residents of Madhya Pradesh gave bribes, 37% gave bribes to property registration and land issues while 38% paid off the Municipal Corporation. 25% paid bribes to others (Electricity Board, Transport Office, Tax Office, etc.) 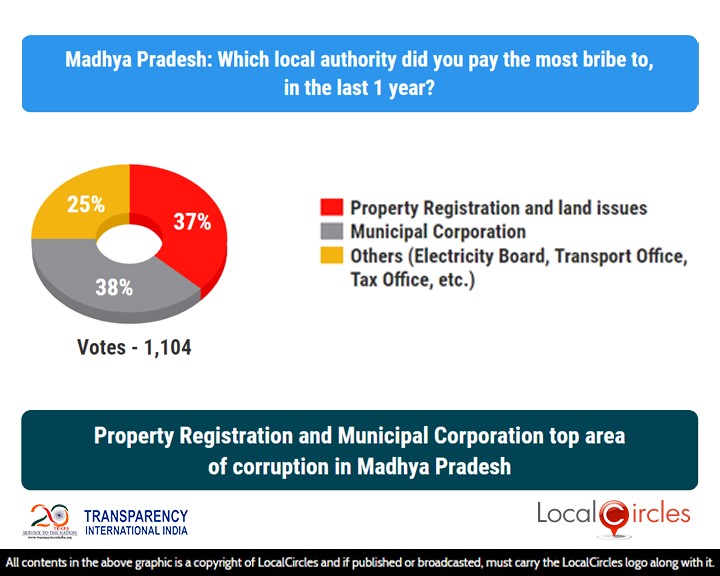 When compared with last year, Municipal Corporation has emerged as a major area of corruption in Madhya Pradesh. The cases of corruption in Property Registration & land issues has however gone down from 60% to 37% this year. 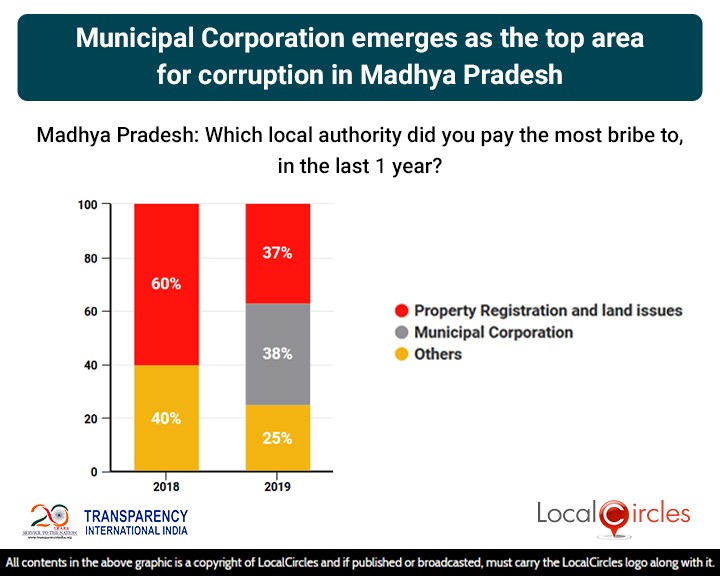 The National Crime Records Bureau (NCRB) is a nodal governmental agency responsible for collecting and analysing crime since 1986. As per NCRB’s “Crime in India 2017” report, number of corruption cases registered under Prevention of Corruption Act & related Sections of IPC in Madhya Pradesh were 2015-634, 2016-402 & 2017-294.

The Lokayukta is an apex anti-corruption ombudsman type organization in the Indian states. Currently, Justice Naresh Kumar Gupta is Lokayukta.