The survey was also conducted on a state level where over 8700 votes were received from Delhi. 46% citizens of Delhi who participated in the survey admitted to paying a bribe to get their work done, out of which 25% gave bribes several times (directly or indirectly) while 21% paid bribes once or twice (directly or indirectly). 19% said they got work done without paying a bribe.

46% citizens of Delhi paid a bribe in last 1 year 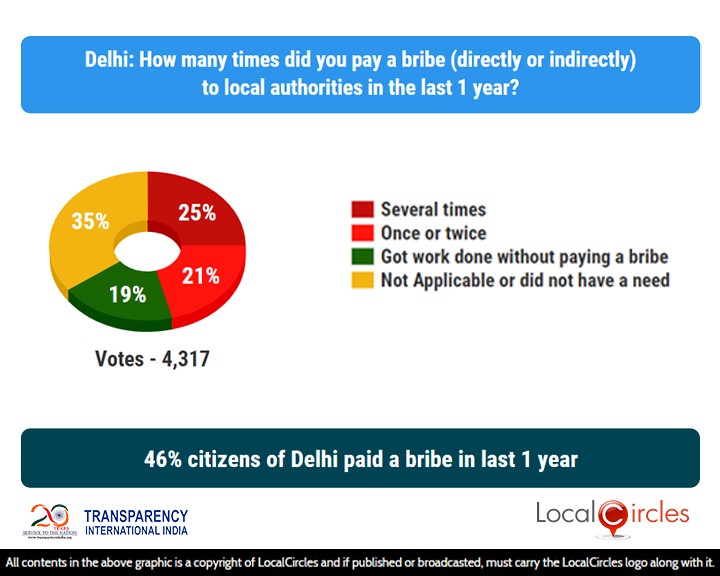 This number stood at 46% last year too, showing that cases of corruption in the state have been constant in the last 2 years. The Doorstep Service Delivery (DSD) launched by the Delhi Government in late 2018 which targets doorstep delivery of 100 public services like birth certificate, marriage certificate, driving license etc. to residents of Delhi, might have something to do with it. Citizens appreciated the launch of DSD service as it aimed at eliminating touts and hence reducing cases of corruption in the state. 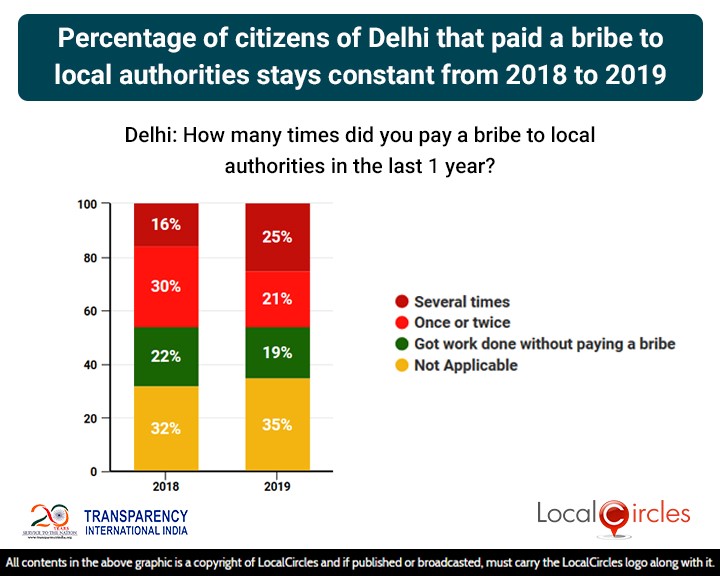 In terms of authority to which residents of Delhi gave bribes, 26% gave bribes to property registration and land issues while 21% paid off the Municipal Corporation. 33% paid a bribe to the police and 20% paid bribes to others (Electricity Board, Transport Office, Tax Office, etc.) 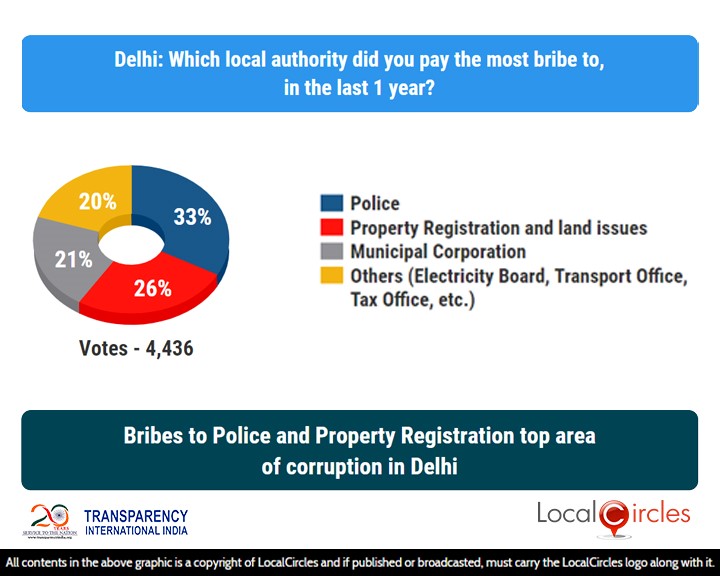 When compared with last year, the cases of police corruption have drastically increased from 13% to 33% this year. At the same time, cases of bribery in Property Registration & land issues have reduced from 41% to 26% this year.

Policing is now the top area of corruption in Delhi 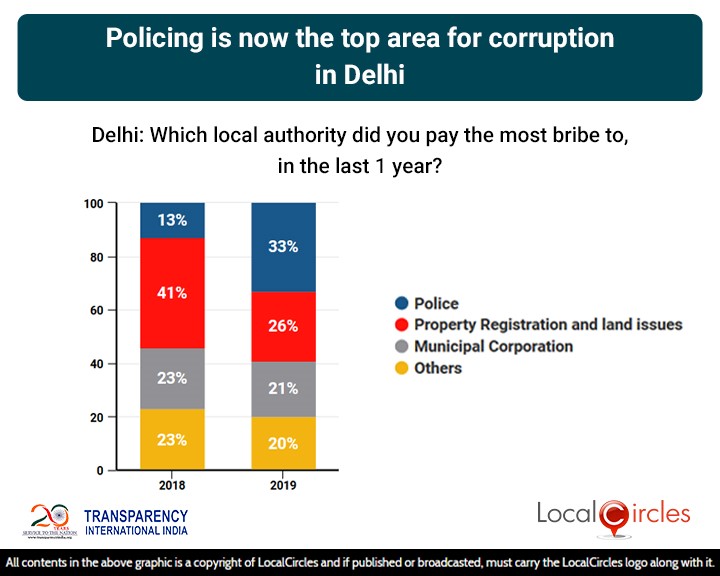 The National Crime Records Bureau (NCRB) is a nodal governmental agency responsible for collecting and analysing crime since 1986. As per NCRB’s “Crime in India 2017” report, number of corruption cases registered under Prevention of Corruption Act & related Sections of IPC in Delhi was 2015-31, 2016-16 & 2017-9.

The Lokayukta is an apex anti-corruption ombudsman type organization in the Indian states. Currently, Justice Reva Khetrapal is Lokayukta.

The Vigilance Department is the arm of the government entrusted with the task of eradicating corruption and upholding the purity of administration. Delhi has a Directorate of Vigilance.