• Over 16,000 citizens across 53 cities participate in national and local surveys

• Suggest solutions to be implemented by State Government and Local Bodies

New Delhi, August 30, 2016: Recently, a 65-year-old woman was mauled to death by a large number of stray dogs in Kerala with dog bites all over her body. Kerala alone has seen over 100,000 instances of dog bite in the last one year per the Supreme Court panel but such incidences of stray dog bites are common all across India.

In Noida, near Delhi/NCR, morning walkers carry a stick with them not because they need walking assistance but because of the fear of stray dogs. The issues of stray animals is not just limited to dogs. In the various central government buildings in Delhi, it is quite common to find stray monkeys. The same holds true for the various upscale Delhi colonies where stray monkeys are a subject of discussion in colony and district level local circles with the urban local bodies failing to implement permanent solutions.

In a separate rating exercise where over 6500 citizens have rated their local municipality’s stray animal management department on LocalCircles, the average rating has been 1.2 on a scale of 5. The ratings echo what has been highlighted in the city poll below. Among issues, citizens have highlighted lack of stray animal hotlines, shelters, infrastructure and willingness at local bodies to pick up stray animals. Citizens have also highlighted the lack of effective rules and their enforcement by local bodies to penalize those who let their old cows and buffaloes stray on streets without supervision.

#Poll question 1: Is stray animal management being done effectively in your city? 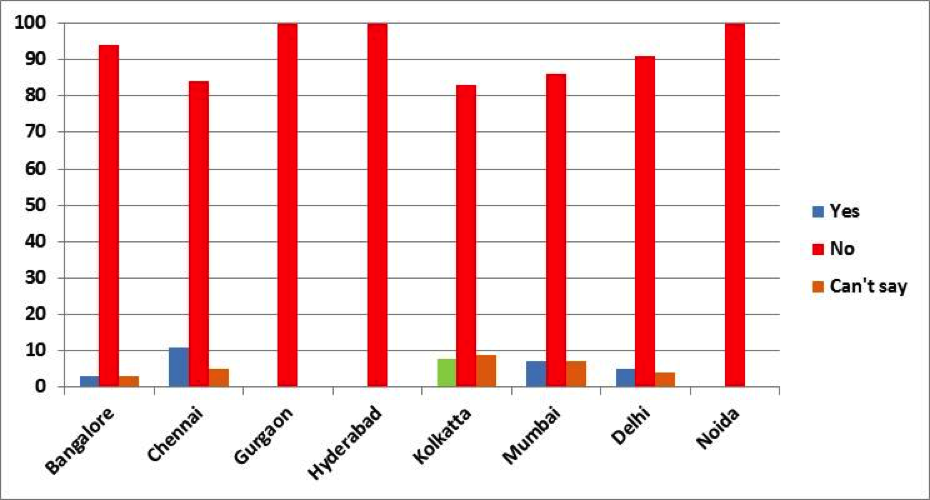 Citizen inputs on how stray animals can be effectively managed:

LocalCircles is India’s leading citizen engagement platform that connects citizens at local, city and national level to participate in governance and make their urban life better. LocalCircles has over 1,200,000 citizens connected on it across the country participating in various aspects of local, state and national governance along with staying in touch with each other for various causes. For more details visit https://www.localcircles.com