46% Indians surveyed have low or zero trust in Google reviews and ratings: Majority find them to be either positively biased or inaccurate 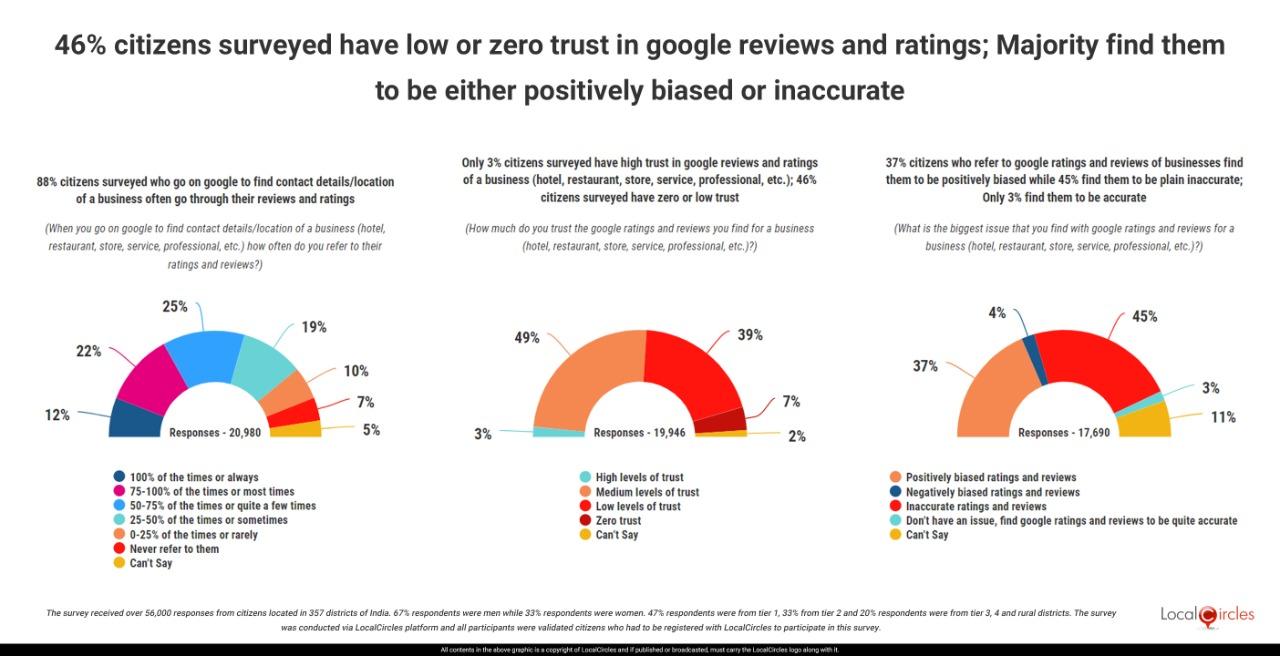 December 13, 2022, New Delhi: The new Bureau of Indian Standards (BIS) guidelines to safeguard customers from fake online reviews of products came into effect from November 25th, 2022. The new guidelines, prescribing specific responsibilities for the review author and the review administrator, are now applicable to every online platform operating in India – both global and homegrown - which publish consumer ratings and reviews. The guidelines were finalized after extensive consultation with various ecommerce and online platforms, industry associations as well as consumer platforms.

The first question in the survey attempted to understand whether people refer to ratings and reviews of businesses. It asked them, “When you go on Google to find contact details/ location of a business (hotel, restaurant, store, service, professional, etc.) how often do you refer to their ratings and reviews?” Of the nearly 21,000 respondents to this question 12% admitted that it influences their decision “100% or always”; 22% stated it was a major factor “75-100% or most times”; 25% indicated “50—75% of times or quite a few times”; 19% pointed to 25-50% of the time or sometimes”; 10% of respondents stated 0-25% of the times or rarely”; and just 7% stated “never refer to them”. Remaining 5% gave no clear response. The fact that 88% of those surveyed, who search for business information online, indicated that they refer to ratings and reviews on Google shows their importance. 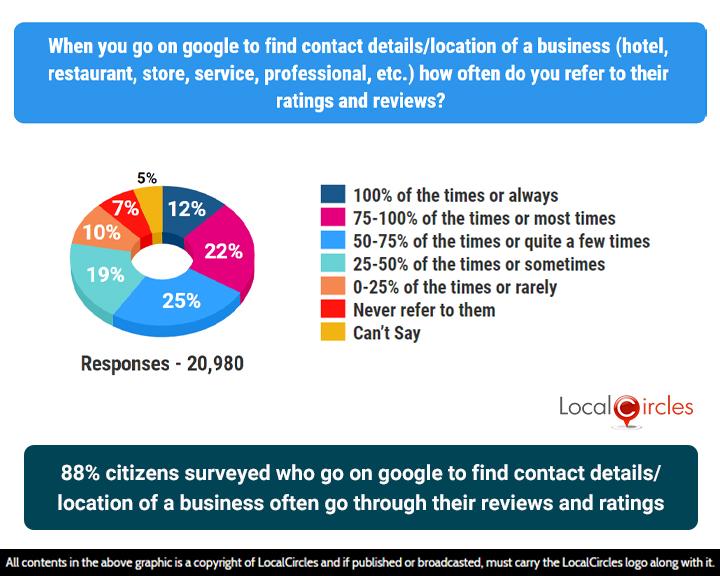 The credibility of Google reviews and ratings continues to be a big question in the mind of consumers. This is because anyone is allowed to rate or review a business, product or service without any validating of they experiencing it. To make things worse, creating a gmail account for the longest time has not required a phone number or a Government identification and these accounts can be used to create fake ratings that could be positive or negative depending on the incentives and biases. In India, a large number of entities exist whose primary business is online reputation management. These entities work with brands and businesses for a few and engage to generate positive ratings and reviews for them on platforms like google. Similarly, they are available for hire if one wants to reduce the rating or create negative reviews for their competition. Practices like these are common. 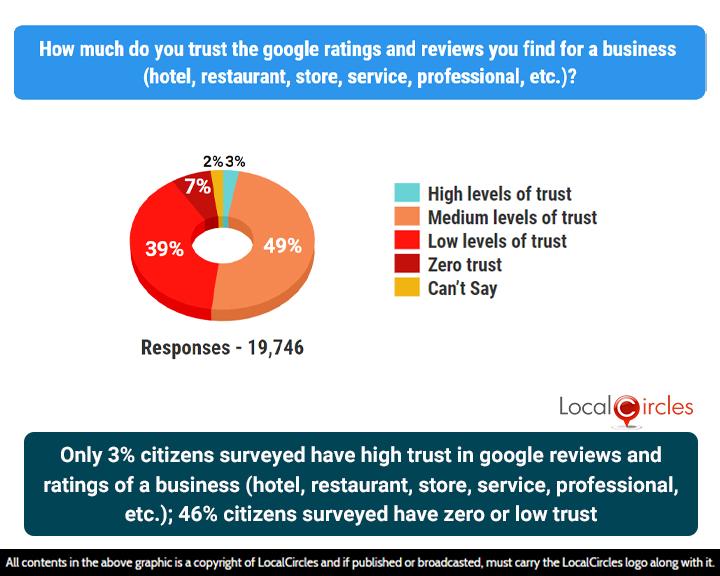 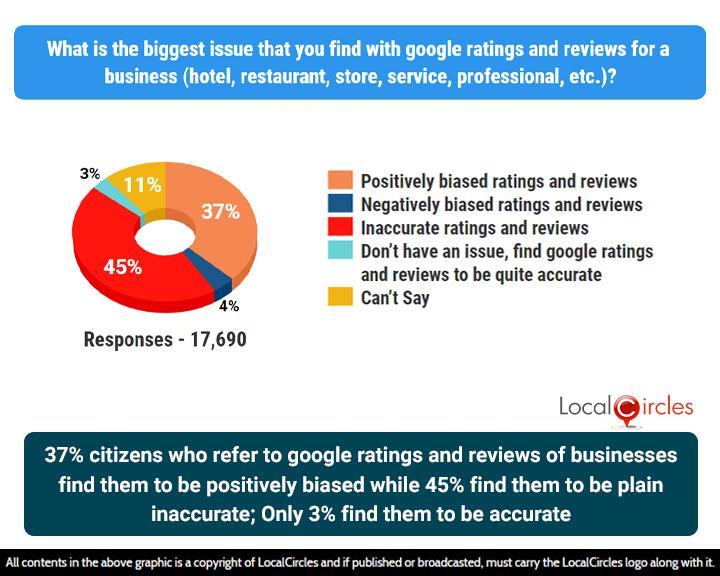 While the IS 19000: 2022 guidelines provide a framework for online reviews and ratings, platforms like Google must make structural changes to comply. These include ensuring that every user account that is submitting a rating or a review must be validated and tied to a phone number, real email or some Government issued identification. That will ensure that people are rating and reviewing with accountability to some extent. In addition to that, Google must consider deploying technology to detect unusual activity and patterns. It is common to see that a business or brand will have hundred reviews over a year and then suddenly within a month have 100 five-star reviews and ratings. If Google decided to right this, it could decide to not publish these ratings basis IP addresses and other data points. Similarly, there should be user declarations sought by Google to ensure that they do not have a conflict of interest and are not incentivized to rate that particular entity. It won’t be perfect because of reliance on the user, still it is likely to discourage many users from such activity. The key here is to understand that such changes will only lead to making Google reviews and ratings more accurate and hence drive more consumers to refer to that information than today. The question is, will Google take the first step to comply, that too, just in India?